I first saw a linux distro when I was 12. It was a Red Hat that my cousin had brought to install on my desktop (because he was too scared to do it in his own computer). He installed it using five CDs while I watched Anaconda do it's job. When the computer finally booted, we came to know that the whole of my 40GB hard disk had been wiped.

From what I remember I guess the desktop was KDE. I was so impressed with it all, the customization (you could choose the login and the boot screen in the settings!), the user interface in general and everything was so new and different and awesome for me as I had only experienced XP and 98 at that point. But I could not hold on to it due to various reasons (1. I could not get the dial-up to work, 2. My media did not work).

Fast forward a couple of years and the same cousin shows me Fedora 7. I went on full linux hunt then: I collected magazines that included CDs and DVDs with various distros on them, I ordered them from many people, I got one of the computer stores in my small town to order and sell linux, I even dared to start downloading a 2GB Fedora iso on my 52kbps dial-up (didn't go through with it).

Anyway, after a few years, I settled down with Ubuntu, I had a good enough internet connection, and also the whole linux ecosystem had become more newbie friendly. I shared Ubuntu with Windows for few years and about 3 years ago I gave Windows up for good. I was comfortable with Ubuntu, and I even liked Unity, though I would go on a spin with Gnome once in a while. Evey six month I upgraded expecting something new and exciting.

Last year when 14.10 had it's feature freeze it was announced that this version was essentially was an obligatory upgrade and would bring nothing exciting. I then decided to skip that version and try out my other options for the next six months. I started my next linux hunt.

But first I went into preparation:
1. Move everything important in the Home folder to a new partition and symlink them to Home.
2. Remove my windows partition for new distro.
3. Download a bunch of distros, to be honest I was more interested in the DE than the distro itself.

The plan was to install and try out a new distro, and change it at the first hint of annoyance. All the while keeping my primary Ubuntu untouched.

It had been so long since I was with Fedora and I had so much history with it that it had to be my first stop. The last Fedora version I used was Fedora 9, so there was a lot to see.

Pros:
Cons:
I got tired of the download speed but fell in love with Gnome. So I kept Fedora and replaced my primary Ubuntu with Ubuntu GNOME.

Ubuntu GNOME is just Ubuntu sans Unity. The GNOME integration is great but it is plagued by the same problem Ubuntu has: the packages are too old. Nothing is up-to-date. Although there is a lot of stability due to the tried and tested code, I was in a hunt for new and exciting, not old and stable. I tried to upgrade to a newer version of GNOME through some PPAs, but it just broke everything.

This left a bad taste in my mouth for GNOME so I went for something completely different: Xubuntu.

Xubuntu is Ubuntu with Xfce instead of Unity. I found is really stable and beautiful. It's wallpapers have gotten a special place in my Wallpaper collections. Honestly, I hadn't given Xfce most thought. I always thought of it as something for low-end computers. This experience changed my mind. Xfce is now among my favorite DEs.

Pros:
Cons:
After some time I got tired of it, also Fedora 21 was released so I went back to Fedora. After some poking around the new version, I couldn't stand the sluggish download speeds. I was also tired of RPM and DPKG so went for the next option: Arch

I installed Arch and found that it required much more time, effort and skill to get to work smoothly. I loved it all but on one evening, I got frustrated of browsing the wiki for something I had always taken for granted, so out went Arch and I installed Manjaro.

Manjaro is a really nicely done Arch. The DE is Xfce. But as I had already played with Xfce enough so I tried many other DEs: Cinnamon, Mate, i3 and Gnome.

I think of Cinnamon as Xfce with eye candy. It is a really beautiful DE that brings a modern spin on the classic Gnome 2 look and work flow. For quite a long time I thought Cinnamon with Plank was *it* for me. But then again after some time, I got tired of the windows like work flow. I then went for something completely new, a tiling WM: i3.

i3 is just something else. While desktop environments like GNOME and KDE involve a wide range of stuff, from window manager, desktop manager, session manager and even the default application, i3 is much simpler. It is just a window manager, meaning it only handles the arrangement of windows in a desktop. Also, it is a tiling WM; a tiling WM manages its windows as tiles, that is, the screen is divided into non-overlapping frames and each frame contains an application or more frames. i3 isn't the only or the best tiling wm out there (in fact, tiling is the oldest form of window management, even Windows was tiling at one point), but it's the only one that caught my eye (and that I took the time to learn).
Pros:
Cons:
After trying out Manjaro for a long time I thought that I had understood the Arch ecosystem enough to finally go after the real thing.

Arch is an awesome distro, in it that it provides nothing but the very base for your system. Everything up is yours to choose and manage. Also almost all the packages in its repo is unadulterated. This makes it perfect for someone like me who constantly tries out new stuff.

Pros:
Cons:
So that's me right now; rocking Gnome on Arch with i3 on the side. Many people seem to dislike Gnome for it's unique work flow, I think I'll have to write another post to explain how I do things on Gnome. I hope this will be my final stand but we never know what's around the corner.

In this long list, I have not mentioned the distros that I tried from the live disk and didn't decide to install. A quick run of those distros and why I didn't install them:
1. Linux Mint (I had already done cinnamon, I recommend Mint to newbies)
2. Elementary OS (Looks beautiful but it couldn't win me over with beauty alone)
3. Mageia (I don't like KDE. I have no reason.)
4. Chromium OS

Okay, so that's about it. When I started writing I was in a mood to leave Arch so I wanted to review everything I'd tried to choose one, but by the end I choose Arch all over again. :)
Arch Gnome i3 Linux Review

Popular posts from this blog 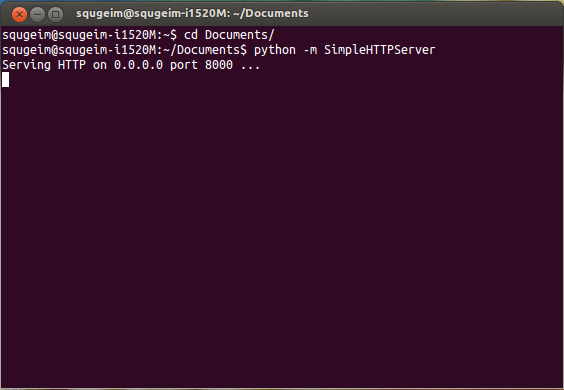 Windows has Homegroups that make transferring files on a network real easy. This had me wondering: what do we Linux users have when we need to send a huge file to another computer really quick? I had run into this problem once before, when a quick Google search did not yield anything quick and easy. I had accepted that Linux is too geeky to have such easy solution. A solution without a couple of pages of code is too boring, right? Recently, I was Googling for a way to make my Android talk to my Linux system for a project, when I stumbled upon the perfect solution to my old problem.
... continue reading » 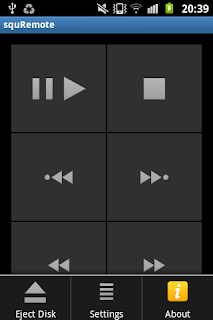 squRemote is a small utility that lets you control the media playing on your computer from you phone. It currently supports Android phone, and Linux and Windows PCs. Scroll down if you are only here for the download, but I recommend reading the Setting Up section to avoid confusions later.
... continue reading »